We are now back from our Christmas - New Year break and have returned to our regular hours below.

Asia Bookroom's hours can vary from time to time throughout the year. Please check here before visiting as we will list any changes to our regular hours here. 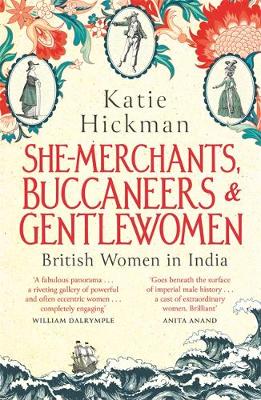 The first British women to set foot in India did so in the very early seventeenth century, two and a half centuries before the Raj.

Women made their way to India for exactly the same reasons men did - to carve out a better life for themselves. In the early days, India was a place where the slates of 'blotted pedigrees' were wiped clean; bankrupts given a chance to make good; a taste for adventure satisfied - for women. They went and worked as milliners, bakers, dress-makers, actresses, portrait painters, maids, shop-keepers, governesses, teachers, boarding house proprietors, midwives, nurses, missionaries, doctors, geologists, plant-collectors, writers, travellers, and - most surprising of all - traders.

As wives, courtesans and she-merchants, these tough adventuring women were every bit as intrepid as their men, the buccaneering sea captains and traders in whose wake they followed; their voyages to India were extraordinarily daring leaps into the unknown.

The history of the British in India has cast a long shadow over these women; Memsahibs, once a word of respect, is now more likely to be a byword for snobbery and even racism. And it is true: prejudice of every kind - racial, social, imperial, religious - did cloud many aspects of British involvement in India. But was not invariably the case.

In tbook, celebrated chronicler, Katie Hickman, uncovers many stories: here is Charlotte Barry, who in 1783 left London a high-class courtesan and arrived in India as Mrs William Hickey, a married 'lady'; Poll Puff who sold her apple puffs for 'upwards of thirty years, growing grey in the service'; Mrs Hudson who in 1617 was refused as a trader in indigo by the East Indian Company, and instead turned a fine penny in cloth; Julia Inglis, a survivor of the siege of Lucknow; Amelia Horne, who witnessed the death of her entire family during the Cawnpore massacres of 1857; and Flora Annie Steel, novelist and a pioneer in the struggle to bring education to purdah women.

For some it was painful exile, but for many it was exhilarating. Through diaries, letters and memoirs (many still in manuscript form), this exciting book reveals the extraordinary life and times of hundreds of women who made their way across the sea and changed history. 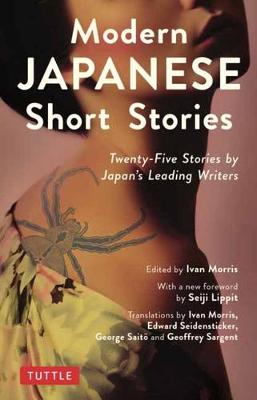 Modern Japanese Short Stories is a remarkable collection of Japanese stories from the pioneers of contemporary Japanese literature. This volume's twenty-five stories, by as many authors, display a wide range of style and subject matter - offering a revealing picture of modern Japanese culture and society. Featuring a new foreword by Japanese literary scholar Seiji Lippit and striking woodcut illustrations by Masakazu Kuwata, the stories are translated by the editor, Ivan Morris, and Edward Seidensticker, George Saito, and Geoffery Sargent.

This collection of short stories shows why Japanese literature is so highly valued today - it teaches not only about Japan, but about the human condition and the possibilities of art. 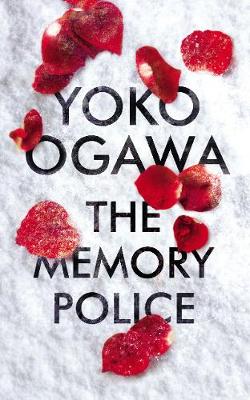 'A masterpiece' Guardian. A compelling speculative mystery by one of Japan's greatest writers.

Hat, ribbon, bird, rose. To the people on the island, a disappeared thing no longer has any meaning. It can be burned in the garden, thrown in the river or handed over to the Memory Police. Soon enough, the island forgets it ever existed.

When a young novelist discovers that her editor is in danger of being taken away by the Memory Police, she desperately wants to save him. For some reason, he doesn't forget, and it's becoming increasingly difficult for him to hide his memories. Who knows what will vanish next?

The Memory Police is a beautiful, haunting and provocative fable about the power of memory and the trauma of loss, from one of Japan's greatest writers.

'One of Japan's most acclaimed authors explores truth, state surveillance and individual autonomy. Echoes 1984, Fahrenheit 451, and 100 Years of Solitude, but it has a voice and power all its own.' Time Magazine. This book was shortlisted for the National Book Award for Translated Literature. 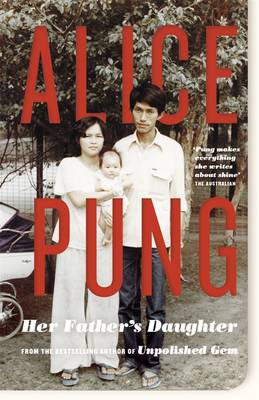 At twenty-something, Alice is eager for the milestones of adulthood- leaving home, choosing a career, finding friendship and love on her own terms. But with each step she takes she feels the sharp tug of invisible threads- the love and worry of her parents, who want more than anything to keep her from harm. Her father fears for her safety to an extraordinary degree   -     but why?   As she digs further into her father's story, Alice embarks on a journey of painful discovery- of memories lost and found, of her own fears for the future, of history and how it echoes down the years. Set in Melbourne, China and Cambodia, Her Father's Daughter captures a father  -    daughter relationship in a moving and astonishingly powerful way.

Winner of the non-fiction prize in the 2011 WA Premier's Book Awards    Shortlisted for the non-fiction prize in the 2012 Victorian Premier's Literary Awards and the 2012 Queensland Literary Awards    'Alice Pung is a gem. Her voice is the real thing.' Amy Tan    'A beautiful exploration of father-daughter relationships.' Vogue    'Remarkably tender and thoughtful.' The Sunday Age    'Pung has an extraordinary story to tell and the finesse to bring it, most movingly, to the page.' The Monthly 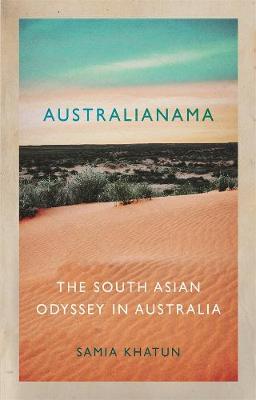 Australian deserts remain dotted with the ruins of old mosques. Beginning with a Bengali poetry collection discovered in a nineteenth-century mosque in the town of Broken Hill, Samia Khatun weaves together the stories of various peoples colonised by the British Empire to chart a history of South Asian diaspora.
Australianama (The Book of Australia) composes a history of Muslims in Australia through Sufi poetry, Urdu travel tales, Persian dream texts and Arabic concepts, as well as Wangkangurru song-poetry, Arabunna women's stories and Kuyani histories, leading readers through the rich worlds of non-white peoples that are missing from historical records.
Khatun challenges a central idea that powerfully shapes history books across the Anglophone world- that European knowledge traditions are superior to the epistemologies of the colonised. Arguing that Aboriginal and South Asian language sources are keys to the vast, complex libraries that belie colonised geographies, Australianama shows that stories in colonised tongues can transform the very ground from which we view past, present and future. 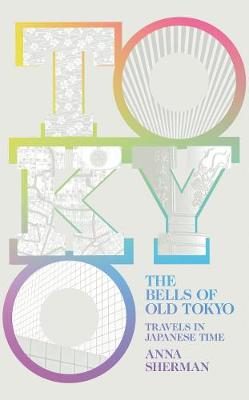 In The Bells of Old Tokyo, Anna Sherman explores Japan and revels in all its wonderful particularity. As a foreigner living in Tokyo, Sherman's account takes pleasure and fascination in the history and culture of a country that can seem startlingly strange to an outsider.

Following her search for the lost bells of the city - the bells by which its inhabitants kept time before the Jesuits introduced them to clocks - to her personal friendship with the owner of a small, exquisite cafe, who elevates the making and drinking of coffee to an art-form, here is Tokyo in its bewildering variety. From the love hotels of Shinjuku to the appalling fire-storms of 1945 (in which many more thousands of people died than in Hiroshima or Nagasaki), from the death of Mishima to the impact of the Tohoku earthquake of 2011. For fans of The Lonely City, and Lost in Translation, The Bells of Old Tokyo is a beautiful and original portrait of Tokyo told through time.

read more about The Bells Of Old Tokyo - Anna Sherman 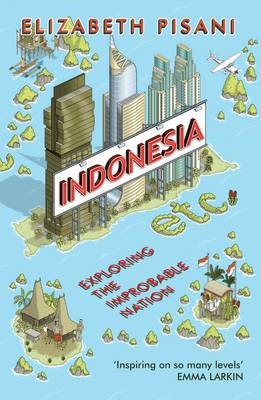 In 1945, Indonesia's declaration of independence promised: 'the details of the transfer of power etc. will be worked out as soon as possible.' Still working on the 'etc.' seven decades later, the world's fourth most populous nation is now enthusiastically democratic and riotously diverse - rich and enchanting but riddled with ineptitude and corruption. Elizabeth Pisani, who first worked in Indonesia 25 years ago as a foreign correspondent, set out in 2011, travelling over 13,000 miles, to rediscover its enduring attraction, and to find the links which bind together this disparate nation. Fearless and funny, and sharply perceptive, she has drawn a compelling, entertaining and deeply informed portrait of a captivating nation. 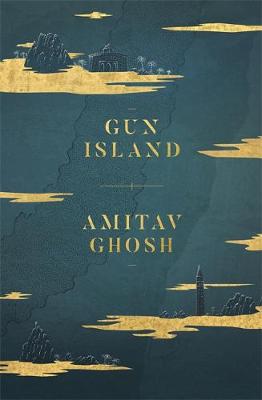 Bundook. Gun. A common word, but one which turns Deen Datta's world upside down.

A dealer of rare books, Deen is used to a quiet life spent indoors, but as his once-solid beliefs begin to shift, he is forced to set out on an extraordinary journey; one that takes him from India to Los Angeles and Venice via a tangled route through the memories and experiences of those he meets along the way. There is Piya, a fellow Bengali-American who sets his journey in motion; Tipu, an entrepreneurial young man who opens Deen's eyes to the realities of growing up in today's world; Rafi, with his desperate attempt to help someone in need; and Cinta, an old friend who provides the missing link in the story they are all a part of. It is a journey which will upend everything he thought he knew about himself, about the Bengali legends of his childhood and about the world around him. Gun Island is a beautifully realised novel which effortlessly spans space and time. It is the story of a world on the brink, of increasing displacement and unstoppable transition. But it is also a story of hope, of a man whose faith in the world and the future is restored by two remarkable women.

We have read well over 80 books since the book group began.